The Dam Busters - Considering they were still restricted by the official secrets act in 1955, it's a remarkably accurate, and exciting/sad film. Barnes Wallis was an absolute genius.
A

Operation Daylight. Always got something in my eye when the credits roll..
F

The Burt Lancaster film "The Train" from 1965 is very good. It depicts the efforts of the French resistance to stop a German train carrying looted French art treasures back to Berlin. Great action sequences and vintage trains, crewed by actual drivers and firemen, make engrossing viewing. Paul Schofield as the fanatical Nazi colonel stands out in the cast.
F

I'm With Stupid said:
Do people consider films like Schindler's List and Downfall war films? I usually think of war films as being films mainly about soldiers in combat. I'd consider those more dramas set during a war. I wouldn't consider the Pianist a war film, for example.
Click to expand...

Those films you listed as examples are intrinsically linked to a time of conflict and war, obviously all are based in fact and real people but it would be very difficult to coherently adapt the themes to a time where there wasn't a war. Maybe it is more accurate to call them films in a period of war, or conflict films. The Silence is another example, because that period of Japan was deeply rooted conflict and power struggles.

One of my favourite films is The Mission, not what would usually be considered a war film but then it has similar themes to the last of the Mohicans and that appears on lists of war films. And there is a grand battle at the end. 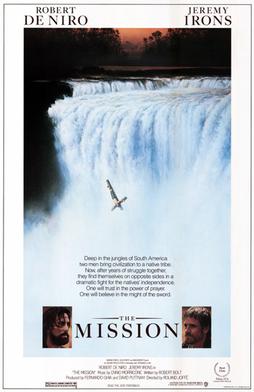 The Cruel Sea is probably my most favourite war film, Platoon and Reach for the Sky are 2 other favourites, also like the longest Day, Dam Busters, We Were Soldiers Once And Young and a Bridge too Far. But the Cruel Sea is the one.

knuckles said:
The Cruel Sea is probably my most favourite war film, Platoon and Reach for the Sky are 2 other favourites, also like the longest Day, Dam Busters, We Were Soldiers Once And Young and a Bridge too Far. But the Cruel Sea is the one.

The daddy for me will always be Apocalypse Now, and as another poster has mentioned, not the Redux version; just the original cut in all it's glory.
The story of how it got made is almost as legendary as the film and well worth reading up on if unaware of the trials and tribulations that took place.
How they managed to come out with the finished masterpiece, despite everything, amazes me.

A lot of other contenders have already been mentioned so I'll throw Coming Home into the mix.
An anti-war film released at the same time as The Deer Hunter and they went head to head for all the major awards at the Oscars.
It's a much more subtle film, slower and less action (obviously) but ultimately a very good film that will stay with you a long after the credits roll.
A

Location
On the outside looking in.