Location
Between zen and mad

Wales is set to come under tougher restrictions to slow the spread of COVID-19 after the ground made during its firebreak lockdown is "being eroded", the first minister has announced.

Mark Drakeford confirmed the plan will begin next week, with cinemas, bowling alleys, and other indoor entertainment venues closing.

It comes as Northern Ireland entered another lockdown on Friday 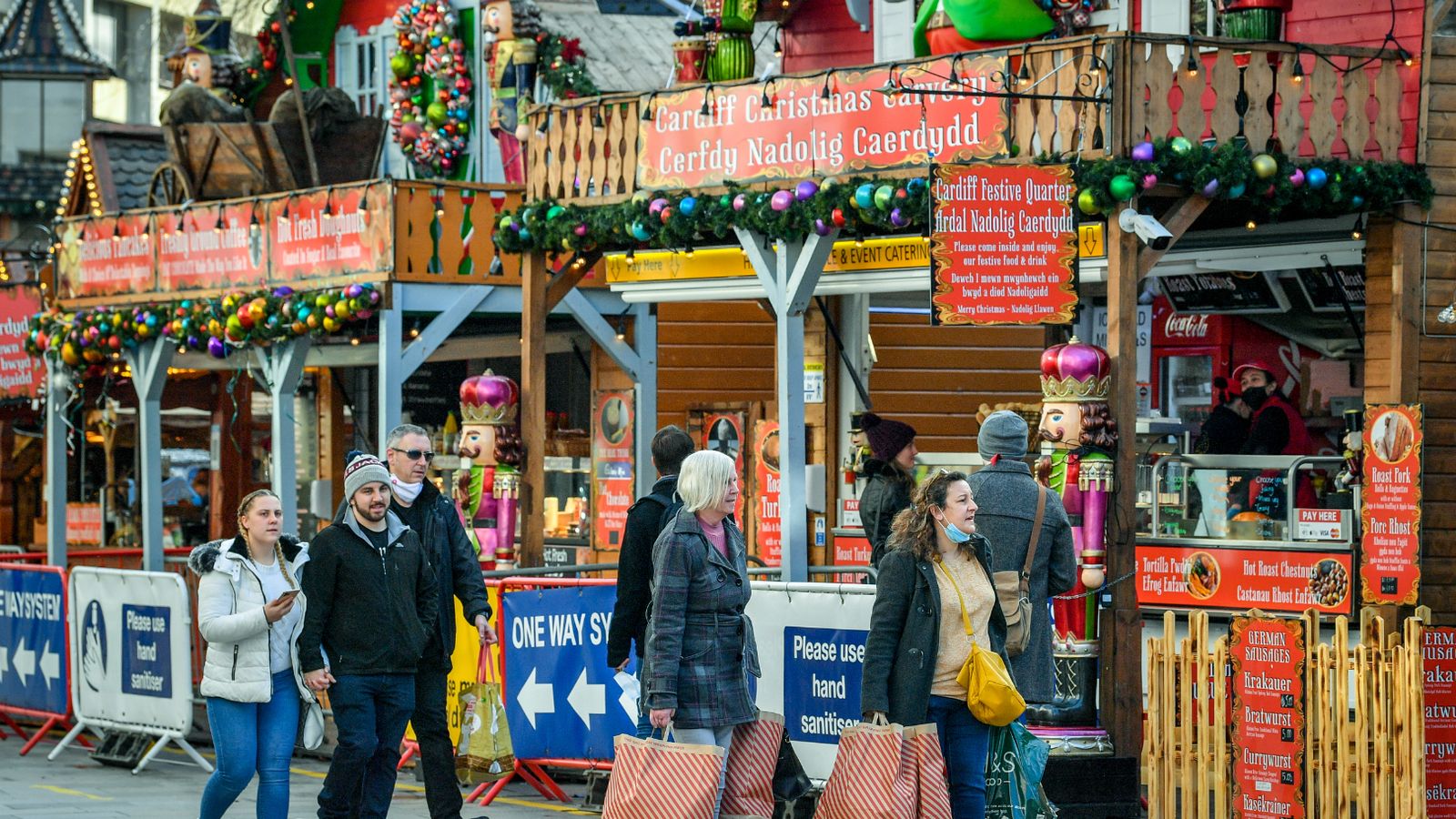 Wales' First Minister says the move will not see a return to the restrictions imposed during the country's firebreak lockdown.

OK, won't make much difference to me either way.
O

twosips said:
Would they have dealt with things like the Cummings disaster as badly, damaging public trust so much? Dishing out big, disastrous PPE contracts to nobody mates of the tories? Spent billions on ineffective test and trace schemes and putting absolutely useless people in charge like Dido (“As schools came back we saw demand significantly outstrip planned capacity delivery, none of us were able to predict that in advance” - i mean ffs, really? a 12 year old could have told you that) Harding?

Can you really say hand on heart they would have? These things probably wouldn't have happened. Now I don't think it'd have been perfect, but it certainly literally couldn't have been worse than literally the worst. The UK is so divided at the moment. So angry, so frustrated. This is down to terrible communications, poor leadership and blatant, really transparent lying. These things add up to people not giving a shit...and sadly, deaths.

EDIT - anyway, my post was more venting frustration at the tories and the genuinely despicable human being that is our leader, not bigging up Labour.
Click to expand...

THe bit I've put in bold is horrific and needs to be properly examined! A lot of people are profiting out of this, and a massive amount are suffering! As Cleaver said, they are probably being advised from the same people, at the start Labour were appealing for an early lockdown to gain favour with a worried public, remember, in March, when the situation was a hell of a lot worse than it is now, some consideration was being given to the economy now there is no consideration.

About the part of them being advised by the same people, this worries me, the government aren't running the country anymore, and if they aren't what really is the point of them? To be a spokesman? I don't want to get involved in a should we be in lockdown squabble, because I know some on here are fully in support and will come at me calling me a conspiracy nutjob and the like and frankly, I find it sad for the first time on BM I have seen actual division and if we are arguing on here what does that say is going to happen in society?

I do want to say, we had one lockdown, did it work? Maybe, did the summer have a bigger impact, if you look at the people dying you would have to say it did. Lockdown 2.0 was supposed to finish, but is carrying on still, I know people like to blame the public for this, but that's unfair, I am pi55ed off with it all like many I know but we all follow the rules, if the majority have been doesn't that say lockdowns aren't working? We are in danger of being trapped in this hell every winter, with a reprieve in the summer, but guess what, all those things we all love to do in the summer, the pub, the restaurants, the holidays will not be available like they were before. I don't know the answer I'm not qualified I guess, but I would love our 'leaders'to consider all research, all opinions, all alternatives and us!! Frankly I think they're in a cycle and I don't see an end.
A 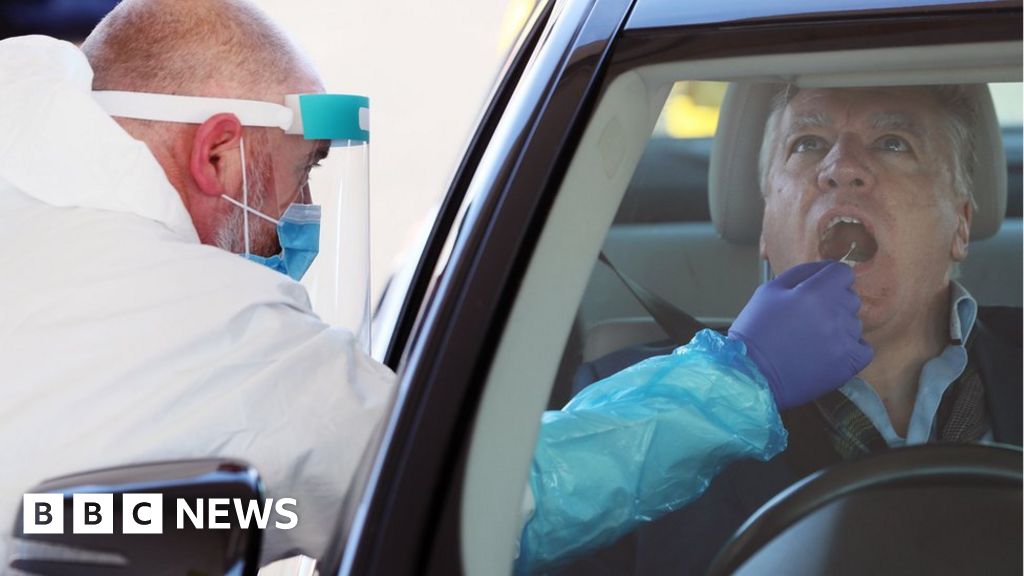 Hundreds get wrong results due to Covid test error

More than 1,300 people were incorrectly told they had coronavirus by NHS Test and Trace.
www.bbc.co.uk
C

kaz7 said:
Wales is set to come under tougher restrictions to slow the spread of COVID-19 after the ground made during its firebreak lockdown is "being eroded", the first minister has announced.

Mark Drakeford confirmed the plan will begin next week, with cinemas, bowling alleys, and other indoor entertainment venues closing.

It comes as Northern Ireland entered another lockdown on Friday

Wales' First Minister says the move will not see a return to the restrictions imposed during the country's firebreak lockdown.

What a shambles it all is, just as all the big shopping centres in England reopen.
H

Though 4 over 100 - three of them by single figures and Manchester down to its lowest number since September I think.

At 46% of the NW it is also the lowest in two or three weeks.

Despite the NW falling only by a small amount day to day the reason was not in GM which did better today than the rest of the region.

Churchlawtonblue said:
Who in the uk approves vaccines?Whoever it is, whatever team or department it is they need to be paid double or triple time so they work this weekend.
Click to expand...

kaz7 said:
NICE in this country
Click to expand...

No it's the MHRA https://www.gov.uk/government/organisations/medicines-and-healthcare-products-regulatory-agency
NICE make recommendations about new treatments when they are very expensive or issue guidelines about diseases on the basis fo value for money and best treatment available the actual approval of a drug is MHRA.
P

cleavers said:
What a shambles it all is, just as all the big shopping centres in England reopen.
Click to expand...

It all makes no sense but it should. An infectious virus is circulating. The more places open and the more people mingling the more people will catch it. They can lock down for two months it falls, but open up again it rises. It's laughable they keep blaming people like naughty children, if they just have food shops open it will still spread. Depressingly we are stuck in this cycle forever unless the vaccine works and/or the virus starts to dissipate of it's own accord.
H

Liverpool did better than Manchester again - down to 67 cases from 84 and a Pop Sore rise of 14. Better than every single borough in GM.

Knowsley though was up to its highest in over a week though nowhere near where it was and with a Pop rise similar to many in GM today.

Wirral up by 40 - the most in a few days but again on a par with most of GM with its pop score.