A former Coronation Street star is wanted for questioning by police in Ghana over an alleged bribery scandal at the heart of government.

Philip Middlemiss, who during the 1990s played the role of the serial womaniser Des Barnes in the ITV soap, was one of four people to be named by investigators in relation to the sale of military planes to the west African government.
Click to expand...

Curly Watts must be pissing himself laughing.
D

I think I’ve had too much to drink
B

dronefromsector7G said:
I think I’ve had too much to drink
Click to expand...

I've always said that about you.
B


Curly Watts must be pissing himself laughing.
Click to expand...

I knew they weren't actual actors in that shitty thing.
M

Location
Bombs away on Tampa Bay

Well if it was good enough for Mark Thatcher....
I

dronefromsector7G said:
I think I’ve had too much to drink
Click to expand...

That Misty is a **** when he gets on the bevy, if he’s drinking, you’re drinking
G


Curly Watts must be pissing himself laughing.
Click to expand... 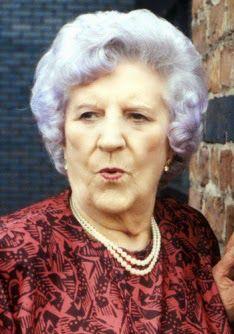 I blame that floozy Rachel.
T

I don't watch that rubbish so unfortunately I can't come up with any Coronation Street puns. If it was dirty Den, different matter...
I

For those unaware he used to be in a program called where the heart is, and they used to use the old farm house in the middle of the m62 motorway as part of the set remember how Sarah Lancashire described using one of the bedrooms as her dressing room. Also there was an old wife’s tale that the farmer refused to sell the farm so they built the motorway around it, but in reality it couldn’t of been sold by him as it was rented of the water board at the time
You must log in or register to reply here.
Unread Posts
Share:
Facebook Twitter Reddit WhatsApp Email Share Link