gordondaviesmoustache said:
Then serve it at their offices at the time of the hearing. They are irrefutably instructed in the proceedings at that time.

Or via email, maybe; at any time.


Without knowing the procedural rules for the jurisdiction it’s hard to discuss with any real authority, but it’s hard to imagine justice being allowed to be defeated just because someone lives in a castle. It would make a mockery of the civil justice system. No self-respecting legal system will allow someone to avoid service in this way, at least in the long run.

Within our civil procedure rules there are alternative methods of service once the conventional ones are exhausted.

It’s not like the **** can say he doesn’t know about the essence of the claim; he did an interview about it on Newsnight ffs!
Click to expand...

Thankfully, the judge seems to have seen through the nonsense and told them it's been served, so get on with it.
G

Dubai Blue said:
Even worse was his subsequent reliance on a settlement agreement that his accuser had allegedly entered into with a convicted sex offender!

"We believe this is a baseless non-viable and potentially unlawful lawsuit that the plaintiff has filed. There has been a settlement agreement the plaintiff entered into in a prior action that releases the duke and others from any and all potential liability."

That's really not a good look for Prince Andrew, no matter how you spin it.
Click to expand...

I think he’s been poorly advised all along the way. Conflate that with the fact he’s a thick **** with manifestly poor judgement and you have the unfolding car crash you see today.

It seemed clear to me some time ago that she wasn’t going away, in advance of that interview imo (the very fact he did it supporting that contention) and at that stage he needed to face up to certain realities. Questioning the authenticity of the photo or denying recalling he had ever met her do not fall squarely into that category.

Greedy lawyers who rip off their clients are subhuman scum.
G

Dubai Blue said:
Thankfully, the judge seems to have seen through the nonsense and told them it's been served, so get on with it.
Click to expand...

It’s such a shit point to take imo. Just not worth it. Another PR disaster.
K

PRINCE Andrew will face his sex assault case in the US after the High Court agreed to serve him lawsuit papers.

The Duke of York, 61, now "cannot refuse" the official documents - and he'll have just 21 says to respond.

Location
Not in my lifetime.

kaz7 said:
she was trafficked not a hooker ffs, neither were the endless other girls epstein was in prison for
Click to expand...

This is the main issue for me. It was clearly exploitative sex and I don‘t like people who deliberately exploit others for their own gratification.
Last edited: 15 Sep 2021
T

Perhaps we should do a straight swap with the US. Andrew to them and Ann Sacoolas to us.
S

Location
Not in my lifetime. 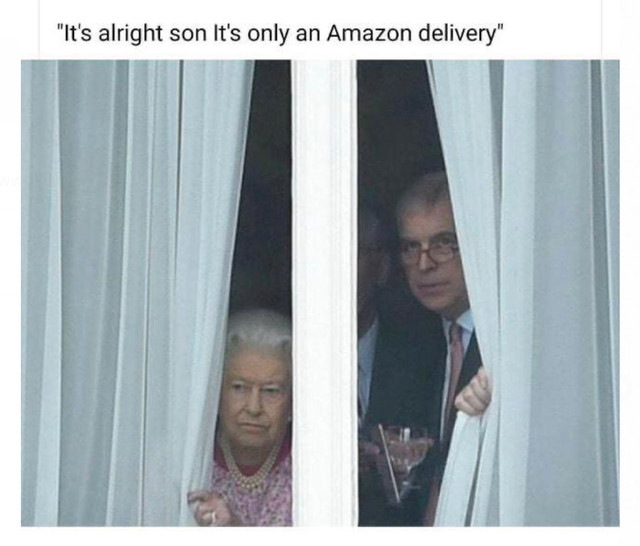 I see SKY NEWS website has quickly removed the article. It was only on there 2 days max... why not leave it on there? Oh yeh it doesn't fit in with popular narratives.
B

MaineDAWG2008 said:
I see SKY NEWS website has quickly removed the article. It was only on there 2 days max... why not leave it on there? Oh yeh it doesn't fit in with popular narratives.
Click to expand...