Yes apologies all if taken the wrong way, I meant the ones that have tagged on to our glory with no connection to us what so ever. They are the kind of fans who will be devastated we didn’t get messi and think football is just like fifa.
B

Generalisation yes. Not sure how inaccurate it is. I got slaughtered for saying something similar a few months ago. Then a short time after we were confronted by the threatened Super League. The flip flopping from some was hilarious. I know there are genuine fans from abroad that understand the game and the history of it. For every one of them there’s a fan who thinks Manchester United vs Crystal Palace is dull and would rather see them play Real Madrid week in week out.

The market is there for these types of fans from abroad. Those in power nearly took our clubs from us a few short months ago. The niceties soon went out of the window then.
B

He looks like a Bookie shop regular on heavy meds
D

Pablo1 said:
You'd genuinely think Messi had just come round to their gaff had a big shit on the carpet and wiped his arse on the curtains the way some talk about him because he's not signed for us!! Haha!
Click to expand...

Sheer poetry mate,just lost half a cup of tea!!
T 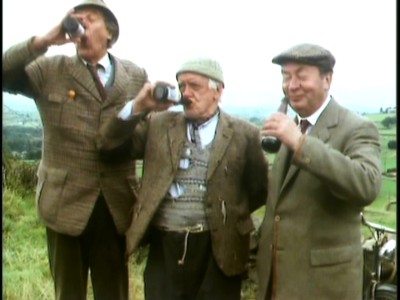 Username Required said:
Just for the sake of it - Patrick Bamford, according to wikipedia:View attachment 23343
We couldn't be...could we?
Click to expand...

Welcome to this forum. That kind of opinion is pretty common here. These people are pathetic
R

To be fair, I think we'd all drink to that!
P

living over here I'd be having him round for a drink to celebrate.