jrb said:
He’s off to Liverpool after they signed the Nike kit deal.
Click to expand...

Beat me to it. The excitement is palpable.
K 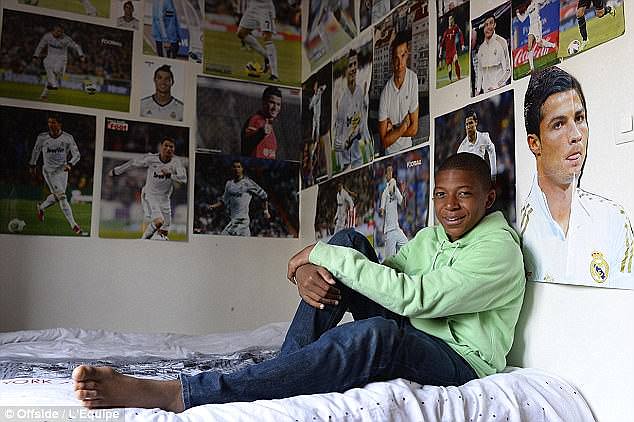 Kinkys Left Foot said:
I still don't know how PSG managed 400 Million worth of transfers in 2 years (1 if it was booked in the same year) That's 80 Million a year on 5 year contracts just for the fees. Considering our current turnover is very similar and we make a profit of 10 million, is their profit margin so hugely different?
I'm not bothered re FFP as it's a farce anyway and good luck to them just not sure how they made the numbers work.
Click to expand...

If you are not concerned about FFP, PSG could afford to buy all the best players in the world as long as QSI agrees to bankroll the operation.

FFP wise, it is not 400 M worth in 2 years but over their contract duration (+wages). It makes it more manageable over 5 years. Also, keep in mind Mbappé is officially 145 M€ +35 M bonus whenever he signs a new contract or is sold. This is also a reason why PSG was waiting to offer him a renewal. They were tight with FFP and couldn't afford to trigger that bonus clause.
If you look at all the transfers PSG has made, they have spent nearly 0 on other players and balanced the books by selling bench and academy players.

PSG had made around the same profit touted by City before UEFA decided to retroactively decrease their sponsorship deals. And if you want to talk about cash, QSI made an increase in capital for Neymar purchase.

richards30 said:
that’s the eternal question regarding PSG as considering the French league has literally no exposure compared to the premier league with TV rights and our prize money compared to theirs, for them to be making things work is without question dodgy imo! Are they still getting €100m a season from the Qatar government?? Used to be €200m I think until it was reduced to apparently market value?
Click to expand...

QSI has turned PSG into a very dynamic and powerful football brand worldwide.
They innovated with the Jordan brand collaboration which was a huge success. Now, despite the lower appeal of French football, they got a shirt deal with Nike as important as City deal with Puma. They got 70/75 M€ from Accor as main sponsor which is in the top 5 sponsorship in football. Recently, they got a deal with Rwanda like the one Arsenal enjoys. And they have many more minor sponsors.

Ofc, Qatari sponsors are still present with QNB and Ooredoo but with a sizeable less importance than before. The infamous QTA deal, for example, has been stopped altogether. They still advertise "VisitQatar" and "Qurated for you" during match games but, while the numbers aren't public knowledge, it has been told that it has a WAY different (lower) value (it was valued as 50 M-ish before).

Overall, despite those two high profile transfers, there are charts showing City has spent more than PSG which is understandable due to PL TV money.
B

tolmie's hairdoo said:
I saw him when he visited Platt Lane, our old training ground, doing an advert with Leroy.

One of the more surreal moments, having grown up in the area. Was convinced Pep had managed to sell him the dream, but alas...

Although being told to fuck off as a kid by Freddie Mercury on the croft at Maine Road sort of trumps it!
Click to expand...

What do you expect, charging Freddie a quid instead of ten bob to look after his trailer!
P

He is so much better as a second forward than as a 9 or a winger. A joy to see his understanding with Icardi.
S

liluzivertisthegoat said:
He's destined for Madrid lads, he had like 20 posters of CR7 in his boyhood room. Ain't happening.
Click to expand...

Parisian said:
He is so much better as a second forward than as a 9 or a winger. A joy to see his understanding with Icardi.
Click to expand...

Location
Ai Weiwei to the dangerzone

liluzivertisthegoat said:
He's destined for Madrid lads, he had like 20 posters of CR7 in his boyhood room. Ain't happening.
Click to expand...

I can just imagine Mbappe landing in Madrid, signing the contract and his jaw hitting the floor as they tell him they sold Rapenaldo a couple of years back.
P

doobyedoobye said:
Interesting to see if Wanda let's Icardi stay at the end of the season
Click to expand...

If it is a normal loan with option to buy, there is an already agreed contract between PSG and Icardi should the club decide to buy him.

Then, Wanda and Icardi could prefer to go back to Italy where their life and children are. But, even with this scenario, i think PSG could theorically buy him and sell him for a bonus.

Imo, he will stay. PSG took him to be Cavani successor and he is doing exactly that. Best thing is his price tag is not that different than the price paid for the Uruguayan almost a decade before, which is a good business with the inflation in football. Less than Pépé at Arsenal.
N

Watched the interview with him on TV last night. Might be me but thought he came over as a right ****. Right up his own arse. Kept saying ‘I am Kylian’ like he was slightly unhinged. Really wasn’t impressed - thought he had his feet on the floor but he looked the biggest ego I’ve seen for a 21 year old.
You must log in or register to reply here.
Unread Posts
Share:
Facebook Twitter Reddit WhatsApp Email Link