Quagmire blue said:
Did I hear Anus say that Rodri didn't have a good game, other than the block at the end?
Click to expand...

Paladin said:
Didn't mention Salah's goal? They did on my TV.

They started off praising Liverpool, then looked at City's play. They chose to focus on the lack of a striker - hardly insightful, as everyone knows we need one. Then they ran for a bit on our excellent overall play, praising Foden in particular.

They all thought Milner should have gone.

I thought it was fair overall.
Click to expand...

I would hope the poster you replied to, was being sarky re Salah's goal not being mentioned. To be fair, it was a blinding goal. Agree with the rest of your post.
P

I see they are doing a prog on the Prem's biggest "ballas" which features Georgi Kinkladze but not El Mago! 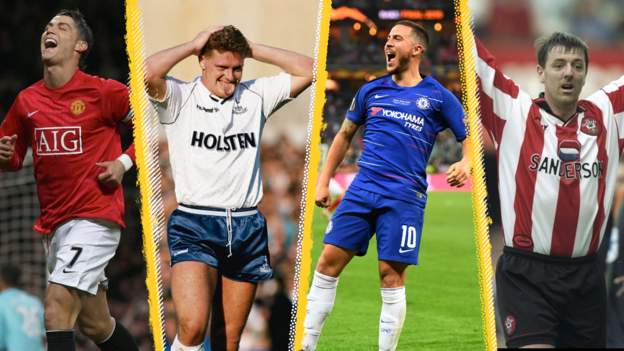 Courtneyneild said:
Did you watch the same MOTD2 I watched? They said how good Phil was and is and how everything went through him. They said how good the block was from Rodri. They said we lacked a striker, which we did. They didn't mention salahs goal. People are just obsessed with there being an agenda that isn't there
Click to expand...

Just thinking out loud...
Do you think the devious BBC, may record and edit their punditry debate ...to suit the area of the universe watching .
Irish Blue may have picked up a version esp for the legions of Liverpool fans in Ireland.maybe that would account for the difference in perception .it would be very easy to record two or more Liverpool City post match debates....and Control ..the content to suit the audience.
Or is my mind running away with me,lol
Cutting editing 're mixing a Product...from the' unbiased independent BBC to the Footy fan.
Unlike martin tyler(spit) i"ts live" boolocks...MoTD isnt Live,and those pundits may well have to do several recorded takes,...to earn their money.
Just a thought.
A

Pingu the Penguin said:
I see they are doing a prog on the Prem's biggest "ballas" which features Georgi Kinkladze but not El Mago!

Forget about blackfishing and gender militants, Americanisms really fucking wind me up.
B

Watching a game on the iplayer ............ Jermaine Beckford just prey he’s never taken up as a co commentator on the main platform
S

Bantamgaz said:
Watching a game on the iplayer ............ Jermaine Beckford just prey he’s never taken up as a co commentator on the main platform
Click to expand...

He makes Beckham and Kane sound like they have 1st class honour degrees from Oxford lol
The other week he couldn't pronounce a players name correctly once.....it only had 2 syllables......thick twat.
B

Pingu the Penguin said:
I see they are doing a prog on the Prem's biggest "ballas" which features Georgi Kinkladze but not El Mago!

Listened to this the other day specifically because I was hoping kinkladze would get a mention although didn't think he would. They may aswell not have done, they mentioned his name and nothing else.
You must log in or register to reply here.
Unread Posts
Share:
Facebook Twitter Reddit WhatsApp Email Share Link