jrb said:
To any lurking Rags, Dippers, City haters, or you c*nts stealing a living as journalists. 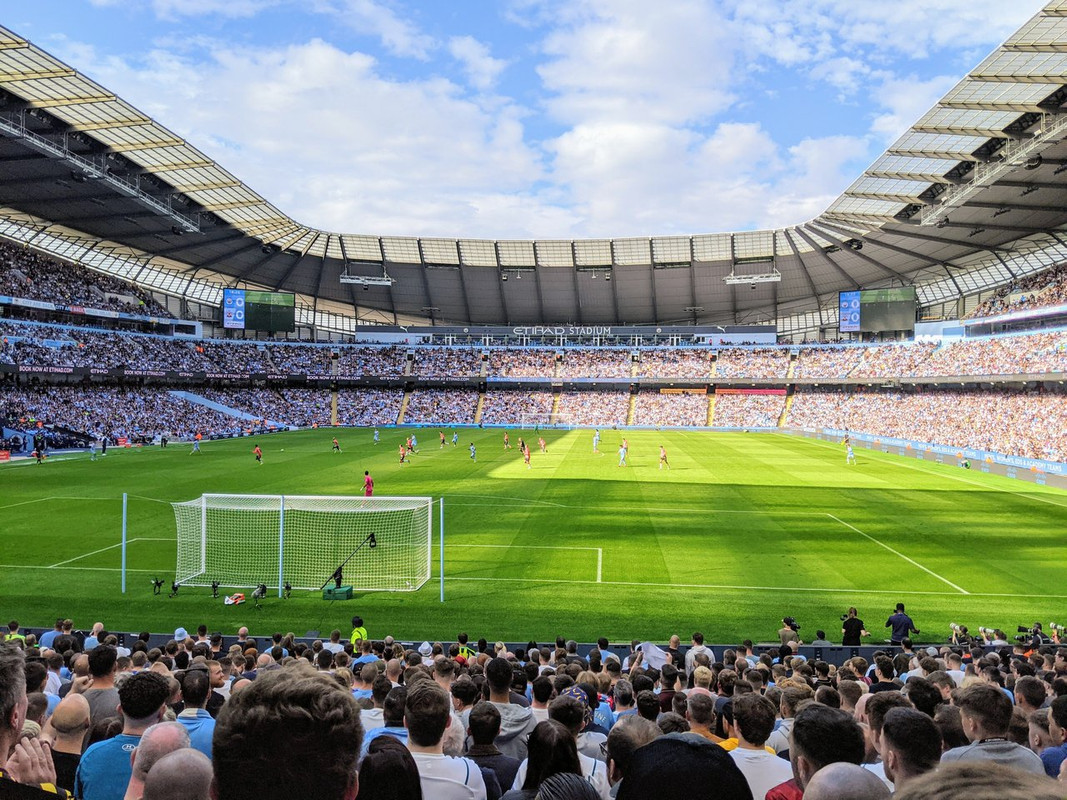 City fans also bought over a 1000 away tickets in the South Stand 3rd tier returned by Southampton.

Even Peps seat is empty!

The perfect fumble said:
Why is that walking a fine line? City fans might talk Billy big bollocks, but the whorish scribblers can write what they like about us and it's all good, there's no backlash. A negative piece about City plays well with the rags, dippers, arse and chavs, nobody else matters, least of all us.

As for the club, there's much talk in here about City banning journalists, or cutting back on the lavish freebies, that would achieve absolutely nothing.

What we've learned from our softly, softly approach with UEFA and the Premier League is it doesn't work, we have no soft power. If we're serious about stemming this stream of anti-City bullshit we're going to have to start issuing writs and mean it, otherwise this shit show will just keep rolling on.
Click to expand...

Well maybe Pep should attack the press on the clubs behalf.

If I was him and with what he has done for not only MCFC but English football, I would be pissed.

He has built two wonderful teams , would numerous trophies and revolutionised the way the game is played in this country.

The media attack the club, why does the club allow this? Why does the manager then fuel the fire?

I would love for Pep, Khaldoon and Ferran to come out Garrry Cook, Mancini style and tell them all to shut the F7ck up.
B

Location
Slapping people who are looking over my shoulder

Keeper! said:
I would love for Pep, Khaldoon and Ferran to come out Garrry Cook, Mancini style and tell them all to shut the F7ck up.
Click to expand...

I'd rather they use the word fuck tbh
P

Inter Me Nan said:
That's the thing though PB he didn't need to defend us because Pep said something that was taken way out of context.
So when he spoke up the media were licking their lips to stick the knife in.
Click to expand...

And that's the point. The media twist things to suit themselves, which I've had personal experience of. So you learn to be more savvy and say nothing that could potentially be misinterpreted or, better still, twist the conversation round to your own agenda.

Both Pep & Kevin fell into that trap of not thinking about how their words would be interpreted and then instead of keeping quiet, Pep added more fuel to the fire. I suspect, in hindsight, both wish they'd handled it differently.

I've had personal experience of a manager (that twat Pearce) having a go at me personally, which upset my son considerably. He did it on Radio Manchester, before a game, when I was fronting up the Supporters Trust. He said that John Wardle had put £20m into the club and that i should either put up or shut up. So I had a go back.

I rang up and said that we fans, through tickets and merchandise, plus our Sky subscriptions, put in at least £20m every single season. He never opened his mouth again as Paul Tyrrell realised it was an argument he was never going to win and presumably (and sensibly) told Pearce to keep his mouth shut. I wish our PR team had done the same to Pep after the initial exchange.

In fact, I wish Tyrrell was our Neil Ashton. I had some run ins with him but, fuck me, did he defend the club when necessary.
Last edited: 19 Sep 2021
U

What a sad sad **** this no entity of a footballer is

urban genie said:
What a sad sad scunt this no entity of a footballer is

Even on Talkshite they make fun of him for his ignorance.
L

mrtwiceaseason said:
I'm fed up of reading how spurs got 30k fans midweek in a 60k stadium ,it's on every news report every newspaper all over Twitter fuckin sick of it ........
Click to expand...

Just to make you even more fed up ;-)

urban genie said:
What a sad sad **** this no entity of a footballer is

Oh yeah this is the Spuds fan who wants the Rags to win the league.
What a fucking cretin of a man
K

O Hara, has been, no mark footballer talks shit on twitter. Surprised? Not.
Here's a shout out for you Jamie you massive ****.
S

urban genie said:
What a sad sad **** this no entity of a footballer is