Rodney must be pleased for the Sunami, now they are minted 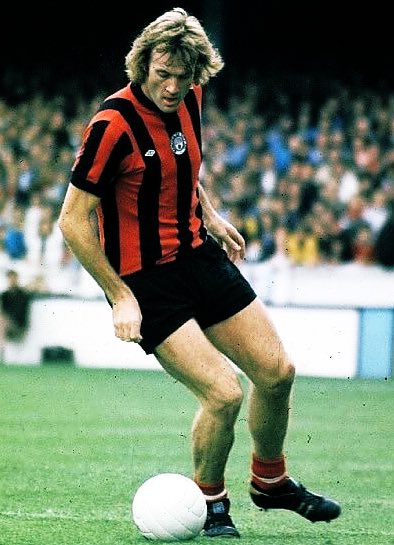 Loved Rodney. I think that the player that he nutmegged and took the mick was Gordon Taylor.
B

Malty said:
What is the general opinion of him by City fans? is he liked?

To me he is a legend.
Click to expand...

Rod has been my favourite player of all time for years. Not saying the best, just the player I most enjoyed watching. Skill level phenomenal. He simply enjoyed playing football! Great pundit too. Forever singing the praises of his pal Bestie but equally entertaining. A little bit of Grealish in him. King Rodney! :o)
B

Didsbury Dave said:
As a fan of nearly 40 years, but one who starting following the club a few years after he left, I'd say the following:

He's not a club legend in the accepted sense of the word. He wasn't here long enough and didn't contribute many (any?) iconic moments. He is seen, however, as very much part of the fabric of the club's recent history because there was something very "Typical City" about the way we bought him. A big fee an an attempt to ensure the title, which we were looking like winning, was secured. Also, I think Swales admitted he bought him because he was jealous of Best. And of course we blew the league because we couldn't adapt to having him in the team. Marsh, to his credit, admits this.

I don't think there's any hate amongst city fans for marsh, there's maybe a little affection because he was a flair player, but his name was made at other clubs and that's how he's seen.
Click to expand...

"his name was made at other clubs and that's how he's seen." Exactly. As a very young boy, and very impressionable, I saw him at Colchester playing for QPR. He remains my all time hero because of the way he entertained and his personality. :o)
B

BufordUSABlue said:
Having been in Rodney's company on many occasions, due to his great friendship with my best pal (he even came to my 50th in Atlanta a couple of years ago - a wee bit of a surprise guest if i many say so :-).. ) he truly loves City and more so us fans, whom he often refers to as the best in the world "After all they have had to put up with over the years"

He truly is a gentlemen and he entertained my wife and i (plus his wife) during my birthday dinner, with some incredible stories from growing up in London, not just footie! He is refreshingly honest as well and doesn't always say things you want to hear, especially about City, but that's one of his great attractions for me, but i have never, ever heard him 'slag us off' although i can understand how some of his honesty can get to some people.

I was also lucky enough to see him play many times and again i have some fond memories of his amazing ability, the like of which we will never see again IMO as footballers are now programmed differently, much to my chagrin.

Fantastic footballer, incredibly nice gentlemen with a lovely wife and family - what's left to be said :-)
Click to expand...

Thank you for sharing this. : ) My memory of Rod as a pundit was of a great guy who was never negative towards others. He spoke as he played the game ... with a smile and sense of fun. As you say, a great story teller too. Rodney "Let me entertain you" Marsh.
B

totallywired said:
He`s a legend until he opens his gob.
Click to expand...

He becomes an even bigger legend when he opens his gob. I am gobsmacked at your not liking his eloquence. : )
B

squirtyflower said:
They were wrong, IMHO
Click to expand...

squirtyflower said:
Ask them what we won when he was here?
Ask them why the best players wanted him out?
Click to expand...

They were jealous of his skill?
B

JGL07 said:
I heard the story about a match where the referee was giving a pre-match briefing to the players. He finished by saying "any questions?"

Brilliant! Thanks for that. Interesting that Rod should choose that Cup Final ... I wonder why.
E

jimharri said:
4 points clear at the top of the table when he signed in March. Ended up finishing 4th. Coincidence? Hmm. Didn’t think we'd be waiting nearly 40 years to scratch that itch. Also; the disrespect he showed Booky doesn't sit well with me.
Click to expand...