Apologies if done before and not meant to be a definitive list, but 10 City goal celebrations on the pitch that evoke great personal memories, in no particular order:-

Tevez golf swing celebration in the 6 1 at Norwich

Edin for the last goal in the sick swan at the swamp, trying to work out how many we had scored

Nicky Weaver’s chase me against Gillingham

Soton away last season, in particular Pep and what it meant to him

Yaya in the semi final at our end against the scum

The Goat in the 4 1 promotion win at Ewood Park, mainly for the sheer number of Blues in the away ends

The winner against Millwall at the new den, players bowing and applauding at the empty away end

Ddb v spurs last season with the 21 tribute to Dave

Sterling at Bournemouth last season, huge goal, huge celebration, and the sending off showed the double standards of refs
F

Adebayor v Arsenal, purely for the gif it generated.
D

Mario against rags . Epic!
B

Yes to all those, other than I can’t remember the Corradi and Barton one?
F 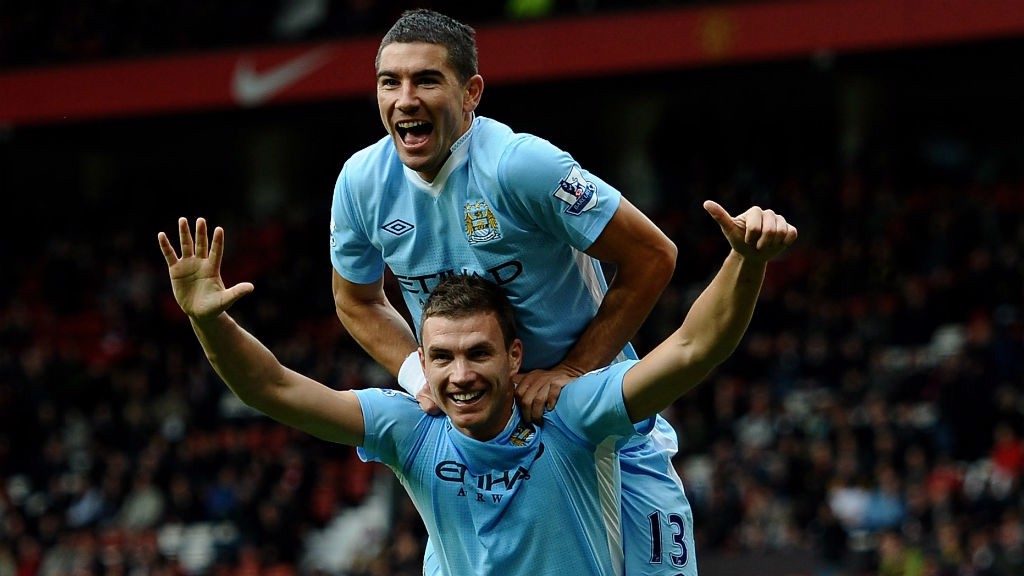 Always loved the uwe rosler down on one knee get in there celebration but special mention to Benjani giving it husband trademark celebration in front of all those miserable rag bastards.

Watching weaver leg it round Wembley was the highlight of my youth and always remember kinky jumping in the crowd after a late winner against the villa at Maine road
You must log in or register to reply here.
Unread Posts
Share:
Facebook Twitter Reddit WhatsApp Email Link