Location
in the away end at hillsborough clapping benarbia

Bluesince88 said:
I’ve said it a few times but it’s the same episodes over 3 series. He’s said it himself he got a shit load of money to make this series. I think that was the main motivation. It has very little story, substance whilst shoe horning the word c*nt in as much as possible. When overused it isn’t remotely funny.

3 series of being miserable, treating people like shit, a love story that never happens with it ending with him ever so slightly happier. It probably has a bigger audience than his quality stuff, that’s because he’s gone far too emotional and thrown a dog in for good measure. Not a patch on his earlier work but think he’s been happy to substitute that for higher figures.
Click to expand...

Good reply, thanks. There were parts of the 2nd series that I thought were utter shit as well.

I can’t stand the character who lived on his own and had the young James Corden move in with him. It’s just vulgarity dressed up as a person. The same actor played the same role in Derek.

The psychiatrist in series 2 (played by Dennis Pennis) and then those two fucking awful characters who did the podcast in series 3 were shoehorned in to be outrageous but were so out of context it defied belief and was as cringey as fuck.

The postman in this series seemed as if Joe Wilkinson was asked to appear again but agreed to do half a day of filming at the front door. Apart from the fair in episode 6, I don’t remember him doing anything else.

There were genuinely piss funny moments in series 3. The parent in the cafe, the ashes scene, the cd’s in the car… but on the whole, I thought it was a series too far.
Last edited: 25 Jan 2022
C

Der Pass series 2 just turned up on Sky Atlantic. Another version of The Bridge (Denmark/Sweden) like The Tunnel (UK/France) but the first series was pretty good. This one is Germany/Austria.
W 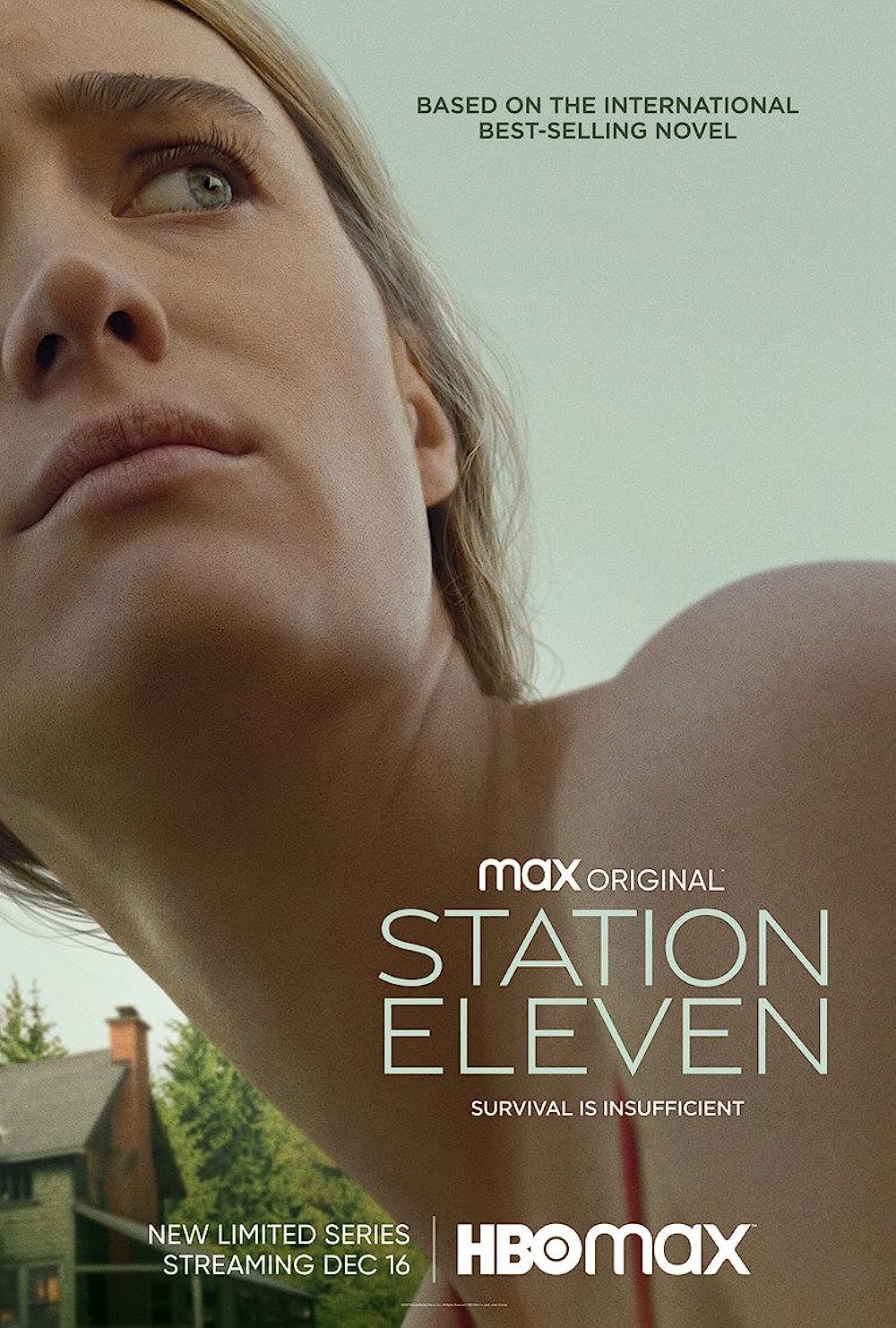 Station Eleven: Created by Patrick Somerville. With Mackenzie Davis, Himesh Patel, Matilda Lawler, David Wilmot. A post apocalyptic saga spanning multiple timelines, telling the stories of survivors of a devastating flu as they attempt to rebuild and reimagine the world anew while holding on to...

“A Hollywood star, his would-be savior, and a nomadic group of actors roaming the scattered outposts of the Great Lakes region, risking everything for art and humanity. One snowy night a famous Hollywood actor slumps over and dies onstage during a production of King Lear. Hours later, the world as we know it begins to dissolve. Moving back and forth in time-from the actor's early days as a film star to fifteen years in the future, when a theater troupe known as the Traveling Symphony roams the wasteland of what remains this suspenseful, elegiac, spellbinding novel charts the strange twists of fate that connect five people: the actor, the man who tried to save him, the actor's first wife, his oldest friend, and a young actress with the Traveling Symphony, caught in the crosshairs of a dangerous self-proclaimed prophet.
C

Phil1 said:
The great thing about the first series of afterlife was the unexpected laughs and the introduction of characters. It held your attention as you genuinely wanted to see where the story went and there were just enough laughs to counter the emotional aspect of the storyline. It was really well written.
The next series whilst still watchable didn't hold my attention as much though still got the odd laugh. Not gotten around to the final series yet but I suspect it'll be closer to the second series in terms of enjoyment than the first. Will wait and see.
I do like Gervais though for the most part.
Probably because he likes dogs.
Click to expand...

Yeah, I’m the same enjoyed the first but thought the 2nd series was already a series too far and pretty shite. No real desire to watch the 3rd.
K

Yeah really enjoyed Invasion. Some good acting and not tons of CGI, builds the tension well I thought. Looking forward to a 2nd series!
D

The first part of Ozark Season 4 is now on Netflix.
Even though I’ve already watched the first 3 seasons I might just start from the very beginning as there‘s no such thing as too much Ruth :)
M

Probably in the minority here but enjoyed Derek far more than afterlife ?
B

RbW is Sci-fi/fantasy and has nothing to do with wolves. It's about children raised by androids following collapse of civilization. Anything more might give away the plot.
===
I'm only 1 episode in - but so far it's fantastic. Catch it on HBO Max. Highly recommended.

RbW is Sci-fi/fantasy and has nothing to do with wolves. It's about children raised by androids following collapse of civilization. Anything more might give away the plot.
===
I'm only 1 episode in - but so far it's fantastic. Catch it on HBO Max. Highly recommended.