bobbyowenquiff said:
It's clear on the video I saw that Zlatan shouted at Lukaku: "Do your voodo shit." Hard to see that as anything but racist in the context. They will throw the book at him.
Click to expand...

And so they should. That was my point.
L

It'll hit him on the nose, though
H

Zlatan Ibrahimovic and Romelu Lukaku have been given a one-match ban following Tuesday's Milan derby.

AC Milan forward Ibrahimovic was given the ban after being shown two yellow cards, one of them for a confrontation with Inter striker Lukaku.
Lukaku was also booked and is banned because it was his second yellow card in this season's Coppa Italia.
B

Looking like a typical Italy thing....brush under carpet, we've seen it before with Balo.
H

What’s he supposed to have said that is racist?

Location
111 this time around

Horlocksleftpeg said:
What’s he supposed to have said that is racist?

Something about Voodoo that was supposed to do with something in his Everton days. However, from what I've read Lukaku was particularly upset about big nose talking about his mother....!
B

He talks about himself in the third person, and I find that more than odd.
K

PR stunt for more endorsements from the single celled Rags brigade.
Shirt sales have gone up 20% and he doesn't even play for them anymore.
Ask a Rag why they still wear shirts with his name on the back and the answer is always "cos he's well hard".
Knobs
B

Team supported
There's Only One City

"You're just a shit Andy Carroll." One of my fav. chants of all time.
S 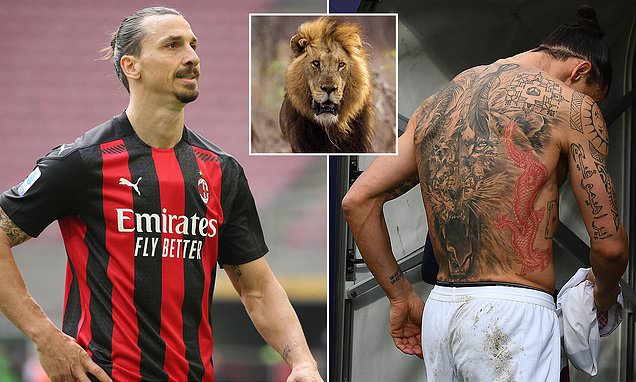 Zlatan Ibrahimovic 'shot a lion in South Africa in 2011'

A report from Sweden alleges that Ibrahimovic gained a hunting license and, less than a year after, shot and killed a male lion in the wild in 2011. Captive-bred lion hunting in South Africa is legal.


Zlatan Ibrahimovic 'shot a lion in South Africa after it was kept in an enclosure for a year before importing its skin, skull and jaw to Sweden as a trophy', with AC Milan star, who calls HIMSELF a lion, under fire in his native Sweden​