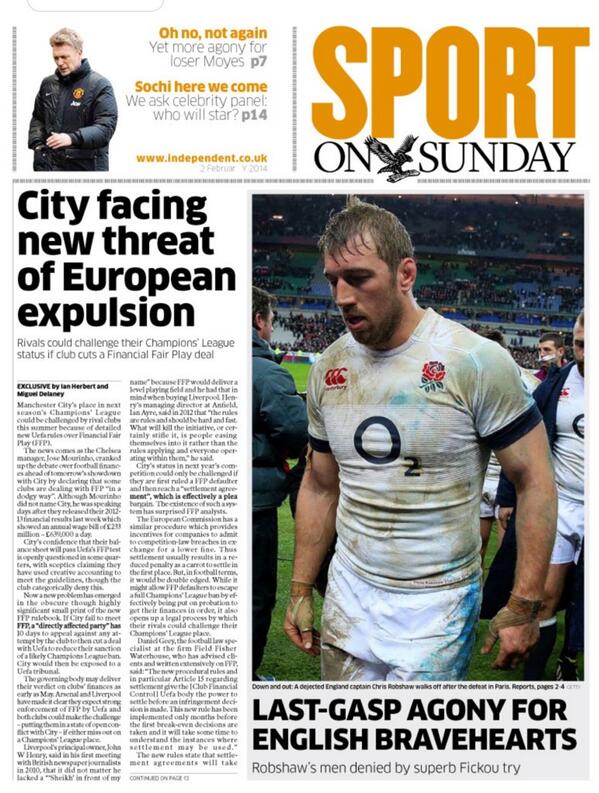 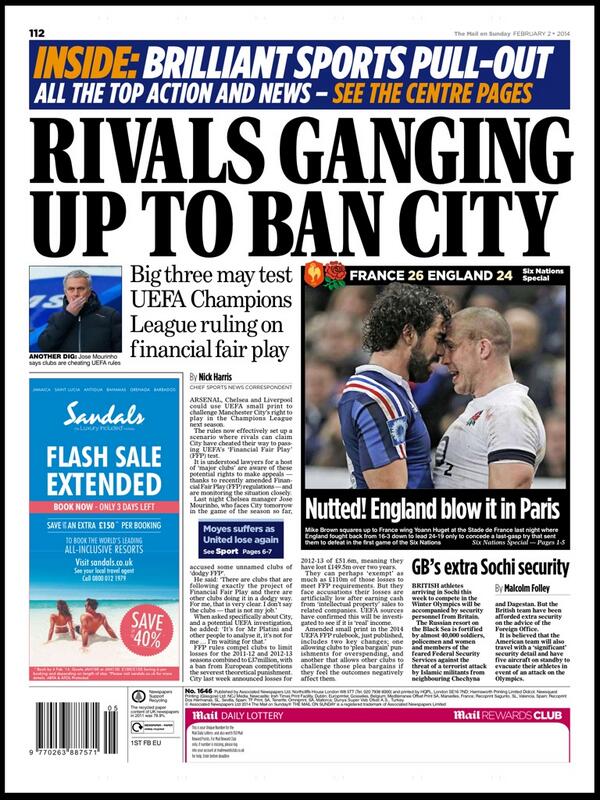 Arsenal, Chelsea and Liverpool could use UEFA small print to challenge Manchester City’s right to play in the Champions League next season.

The rules now effectively set up a scenario where rivals can claim City have cheated their way to passing UEFA’s ‘Financial Fair Play’ (FFP) test.

It is understood lawyers for a host of ‘major clubs’ are aware of these potential rights to make appeals — thanks to recently amended Financial Fair Play (FFP) regulations — and are monitoring the situation closely.

On Saturday night Chelsea manager Jose Mourinho, who faces City on Monday in the game of the season so far, accused some unnamed clubs of ‘dodgy FFP’.

He said: ‘There are clubs that are following exactly the project of Financial Fair Play and there are other clubs doing it in a dodgy way. For me, that is very clear. I don’t say the clubs — that is not my job.’

When asked specifically about City, and a potential UEFA investigation, he added: ‘It’s for Mr Platini and other people to analyse it, it’s not for me… I’m waiting for that.’

FFP rules compel clubs to limit losses for the 2011-12 and 2012-13 seasons combined to £37million, with a ban from European competitions the severest theoretical punishment. City last week announced losses for 2012-13 of £51.6m, meaning they have lost £149.5m over two years.

They can perhaps ‘exempt’ as much as £110m of those losses to meet FFP requirements. But they face accusations their losses are artificially low after earning cash from ‘intellectual property’ sales to related companies. UEFA sources have confirmed this will be investigated to see if it is ‘real’ income.

Amended small print in the 2014 UEFA FFP rulebook, just published, includes two key changes; one allowing clubs to ‘plea bargain’ punishments for overspending, and another that allows other clubs to challenge those plea bargains if they feel the outcomes negatively affect them.

Title rivals: Arsenal could be another team to benefit if City are to face a form of punishment
Click to expand...

Location
111 this time around

It's a shame it's in a decent paper as it's more difficult just to call 'bollox'.
P

The rags PR machine is getting a bit desperate. Anything to take the pressure off wee Davey.
E

We are under their skin. Blitzkrieg the fuckers.
M


Prestwich_Blue said:
The rags PR machine is getting a bit desperate. Anything to take the pressure off wee Davey.
Click to expand...

Possibly Mourinho whispers to press after the pre-match press conference?

Laughable really and just the snide sort of reaction I would expect from those clubs.
B

Clearly all the papers had lots of headlines and research done for how we'll fail FFP, but then we posted such excellent figures that they've been forced to just try and lever it anyway. They're clearly gutted that we'll be fine and that we aren't going anywhere
S

Funny how this comes out just before we play Chelsea!
W

It's pretty annoying when all this FFP is pointed in only one direction! I feel the shit will hit the pan if we get banned from the champions league!!