warringtonblue said:
Not a lover of Fernandos since he charged two of us for the same tables drinks bill !
Click to expand...

Yes it's often frantic in there on match days and one game the girls couldn't get the game on and had to call Fernando to fix it, we missed a good 20 minutes of the match.
T

Does anyone know what the worldwide viewing figures were for this match?
C

The perfect fumble said:
Does anyone know what the worldwide viewing figures were for this match?
Click to expand...

Attendance in the stadium itself was higher
T

Chris in London said:
Attendance in the stadium itself was higher
Click to expand...

I ask because even those silly YouTube watch along videos cranked views in to the millions.

john blue said:
Nothing to do with the media, he is nothing like the player he was. fact.
Click to expand...

john blue said:
Nothing to do with the media, he is nothing like the player he was. fact.
Click to expand...

Why do you think that is ? Put yourself in his shoes, you're a diverse sort of guy, confident, intelligent, probably more articulate than any English player with a better command of English than virtually any of them, enjoying life. But you have a private joke with a close mate, it's a mistake, yes, but nothing more than that, the media rips you apart as though as though you're a BNP activist, although John Barnes back you to the hilt. He's human. At that point your form drops off a cliff. The club supports you, but you're going to go through phases of 'Why am I here, the media's convinced a hell of a lot of people that I'm a racist ?' Then Barca come creeping round.
B

Thanks to ikle City beating them in the Chumps League, they can't buy anyone this summer. What a shame.
Story in the Mail so avoid if you don't want to read it. 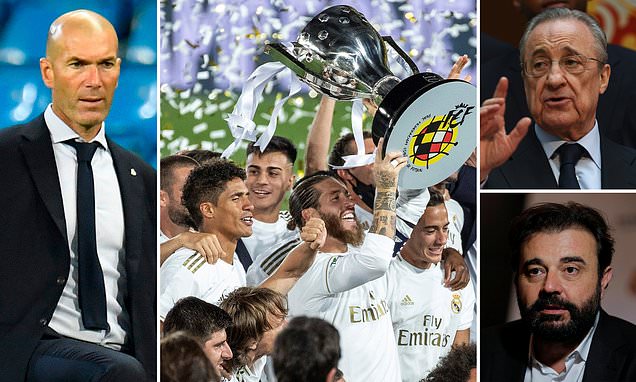 Despite beating Barcelona to the LaLiga title in July, the club's 2019-2020 season ended in disappointment after they were knocked out of the Champions League last-16 by Manchester City.