He is the Harbinger of Death, he who comes before. Sometimes as a warning, sometimes as a courtesy. Oh and his name is Charlie.

The End of the Day by Claire North will probably end up as my book of the year. It's certainly not going to be the case for everyone though as this is not a plot driven story but more just getting to know a character. It is at times funny, sad, uplifting and doom-laden often all of these within the space of a few paragraphs. Probably veers towards the darker end of the spectrum though so be warned if you feel intrigued enough to pick this one up.
J

One more to end my SFF female authors reading month with Feed by Mira Grant. A zombie book that has interesting things to say about news media and personal freedoms as 3 bloggers join a presidential campaign trail. Another enjoyable read and I'll be looking to pick up the sequels at some point.
R

Finished this on my recent holiday in Spain. I arrived at this book via a Google – “books similar to Carlos Ruiz Zafon’s Shadow of the Wind”. It’s an unusual story that tells the tale of a Swiss Professor who abandons his humdrum life after a random encounter with a Portuguese woman in his home city of Bern. Following this encounter, he visits a book shop and becomes obsessed with Amadeu de Prado, a doctor and author who died 30 years earlier, the result of which is that he boards a train to Lisbon and seeks out the people who remember Prado. His obsession only grows as he discovers more about the doctor’s life and the tragic events that shaped his latter years. This is a good book but that fact that it moves at a glacial pace and does not feature any plot twists may put some off. On top of that, there’s a lot of philosophical rumination – a bit like the “carpe diem / seize the day” thinking in Dead Poets Society. But I have to say that I enjoyed it – the writing is excellent and you fully engage with the main character, even if his choices seem a bit odd. And so to that comparison with Shadow of the Wind (my second favourite book of all time). I’d say it’s apt – both feature a mysterious author and his book; both involve an Iberian dictatorship and both are beautifully written. It’s not as good as Zafon’s modern classic, because it is just a step behind in all aspects – plot, characterisation and prose. But just like when I read Shadow of the Wind, before which I knew nothing about the Spanish Civil War, I feel like I want to find out more about the dictatorship of Salazar in Portugal. Recommended if you want something a little different.
R

Second book I read on my recent holiday. I put off reading this book for a while because I thought that this would be the last ever new book that I’d read from Zafon (he died, aged 55, last year). Before he went on to write the four books in the Cemetery of Forgotten Books series, he wrote four standalone YA novels, Marina being the most recent. Like his more well-known series, this is set in Barcelona except this time the year is 1980 and we follow the story of 15-year-old Oscar, who befriends a girl named Marina. Together they become embroiled in a mystery that sees them piecing together the story of inventors and actresses in post-war Barcelona. Whilst I found Zafon’s three previous YA stories a little lightweight, Marina is the pick of the bunch and has a good depth to it, although I did see the final twist coming. You can see that he was improving as a writer and there’s no doubt that the seeds of the Cemetery of Forgotten Books series were sown in this satisfying tale. His descriptions of a gothic Barcelona that no longer exists are wonderful and you do feel drawn into the story. Whilst not as accomplished or intricate as his later work, I’d still recommend it.

As noted above, I thought that this would be the last new Zafon book that I’d read. But only yesterday I Googled him again and found that there is a collection of short stories, The City of Mist, due in November. Looks like it will be a short read, but it’s something to look forward to for the winter.
P

An excellent book. Carlin, an Irish Catholic joins the British Army, and on leaving, he is recruited to infiltrate Sinn Fein. He rises within that organisation and gets close to Martin McGuinness. He reports back to British Intelligence on the political strategy of Sinn Fein. This is highly valuable information for Thatcher and British poliical strategists.

As with all accounts of this nature, the story is packed full with personal tragedy, danger, betrayal, insight and intrigue, with plenty of life-threatening encounters.

I have the audiobook version, and the narrator (who is not the author) had an authentic Irish accent, which adds to the atmosphere of the book. It's a shame he struggles with long words like Ombudsman, which has various comical pronunciations such as Omnibusman.

I would recommend this to anyone that likes their spy stories and biographies, or those with an interest in Anglo/Irish relations or politics. It's an easy read or listen, and not too long.
Last edited: 6 Sep 2021
S

"A journalist is sent by his editor to Riversend, a dying Australian country town suffering from a prolonged drought whilst also trying to recover from a devastating shooting a year ago. The perpetrator of the attack was the local priest who, without explanation, callously took the lives of a number of local men. No one knows why the priest opened fire. The journalist has been tasked with getting to know the townsfolk and find out how Riversend is coping one year on from the tragedy"

If you enjoyed The Dry by Jane Harper, I’m sure you’ll love this!

Keeping the Aussie theme going, next up is “Only Killers and Thieves” by Paul Howarth.
P

I read McNab's and Ryan's Gulf War accounts when they were first released, and really enjoyed the genre. I've since read a number of other special forces accounts and some fiction, but this is my first return to fiction for many years. I have to say, I quite enjoyed it.

The hero is Danny Black, a young SAS soldier sent on deniable operations in Syria. Nothing goes according to plan, but against all the odds, (though not unsurprisingly, as there are eight books in the series so far) Black escapes with his life.

It is pretty typical SAS fare - war, mercenaries, atrocities, brutality, blood and gore. I'm happy to dip into this sort of thing occasionally, but I prefer biographies.

We're going to Cornwall next week for a few days, and we have booked in at Jamaica Inn for a meal. I'm going to try and read the Du Maurier book in the next few days in order to get a feel for how the area was back in the day. 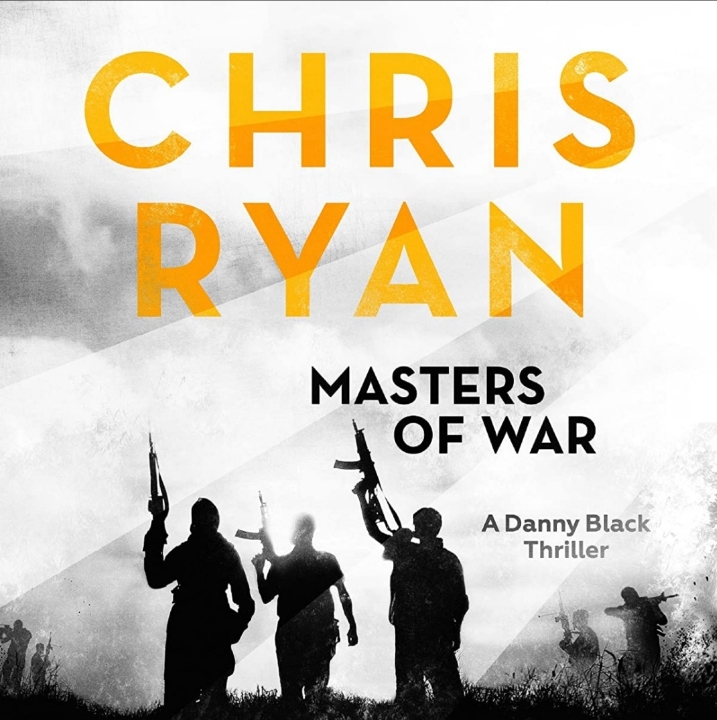 Just completed this....an Aussie western. Not my usual genre but a good read!