I like them and have defended them before, when others were dismissive of them, by suggesting they ripped off so many tracks(sampling). That doesn't matter to me as they were/are still seriously talented and have a good ear for music. So I did think it was poor form for them to them kick up a fuss at Will I Am(not even a fan of his either) for possibly sampling or being inspired by 'Around the world', especially when imo that bassline is inspired by another song(Chic - Good Times). Other than that they are sound.

A little more in depth demonstration of how they might have sampled some tracks:

One has been terminally ill for quite some time, must be bad news dew.


many a thrashing on the dancefloor since the doggy video! forever grateful.
C

think they got the memo too early and got bit carried away to take their mask off finally but it’s from june 21 mate .
U

Homework and discovery were absolutely superb. Random Access Memories was a massive disappointment. Disappeared up their own arse. Hugely talented pair though. Hope Thomas Bangalter starts cracking on with solo stuff again. He’s the one behind stardust - music sounds better with you. Classic
P

Two Gun Bob said:
Unsure if your ready for this ?

An evolutionary journey through the levels of stardom with the focus being more on their music. I read somewhere that their elmets provided a narrative point for the audience within a musical genre that some might say lacked storyline, moving on to create a brand of sci-fi glam that was to be adored by the masses. A creation of a persona that served them both well until retirement. A good read from Rolling stones below. 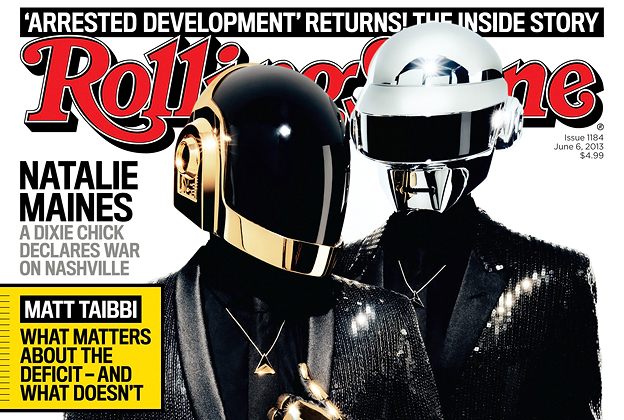 Robot team has been wearing signature headwear since the Nineties