nmc said:
You forgot his mum raising him on scouse and him wearing a purple shell suit as a child.
Click to expand...

So mbappe is purple aki
B

Ake and Laporte for years.
M

BlueSkinz said:
Ake and Laporte for years.
Click to expand...

Koundé would give us three top class athletic defenders to choose from and he is even better than Aké.
R

BlueSkinz said:
Ake and Laporte for years.
Click to expand...

nmc said:
You forgot his mum raising him on scouse and him wearing a purple shell suit as a child.
Click to expand...

His first word was “gissajob” followed quickly by some Shank’s quotes. His high school thesis presented on speech day was “post-Thatcher 1980’s L’pool and the red, Anfield takeover of the English sporting media”
N

richards30 said:
maybe zinchenko the other way as part of the deal?
Click to expand...

Or just Zinchenko the other way ?
B 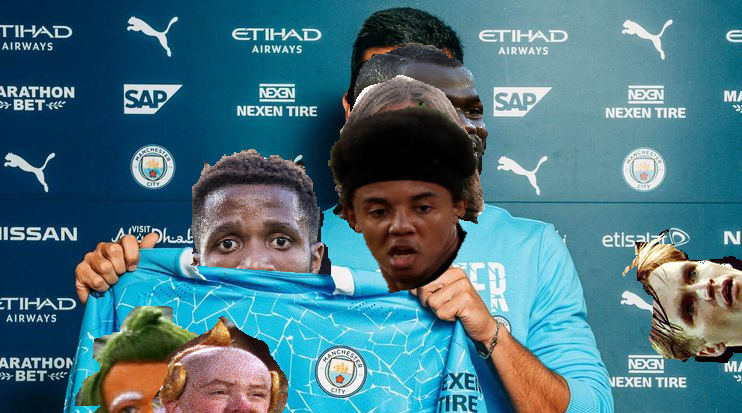 The Light Was Yellow Sir said:
KDB wasn’t good enough for them.....
Click to expand...

domalino said:
It's stupid to think players aren't playing well when they're in the middle of putting in an absolutely heroic shift for the team, playing at a massive fitness disadvantage for 90 minutes because we've got no one else, against the oppositions best player, and a job made 10x harder by the referee shafting him with a terrible decision.

Yes, getting skinned by Traore, and he couldn't dive in or get tight and make tackles, that doesn't mean he was playing badly. Playing badly would be doing what Zinchenko or Delph would have done in that situation - gotten sent off and left us a man down.
Click to expand...

I think Nuno did well to isolate Adama against Mendy for much/periods of that second half. You could see Pep had spoken with Sterling and Dinho (after the 5-10 minute spell) to shift when the ball came over that side. Which worked as they allowed Mendy then to get a breather, but also add protection. As soon as Mendy is on a yellow and being run at by Traore it’s very difficult to know what to do without having that impending if I get this wrong I’m off thought. I felt Wolves players were on to the ref last night too any foul and they were after cards. Great win against a good side. Glad it’s out of the way. Very happy with a lot of things but as much as I’m cautious of ridiculing players I’m going to do the same with praising them, a lot were brilliant last night and I’m hoping for more again. With such a depleted squad too. Essay over.
R