Nightmare Walking said:
I thought Patrick Davidson was fine with Phil yesterday. He is a million times better than Shreeves. He asks valid and relevant questions, where as Shreeves is just looking for a reaction.

He brought the subject regarding Iceland up and said to Phil that he did not want to go into details, but that he was interested about he had ate reintegrated back into the squad. He mentioned how Southgate had said Phil had been nervous about coming back. Phil was totally fine with the questions imo. He admitted that he had been nervous about coming back, but was grateful for Southgate and the rest of the team welcoming him back and putting him at ease. Phil then said he hoped his performance had helped repay a little of the faith everyone put in him.
Click to expand...

With respect mate they got van interview with him regarding the two goals he scored,
It should of not of been about his mistakes he’s made .
please look at the interview again and see if it’s Fine because clearly he wasn’t comfortable.
Shreeves is awful , but his replacement didn’t shine either.
C

jrb said:
Got to love Martin Samuel. Without doubt the best Journalist there is. And as a rule, pretty much never has a bad word to say about City. 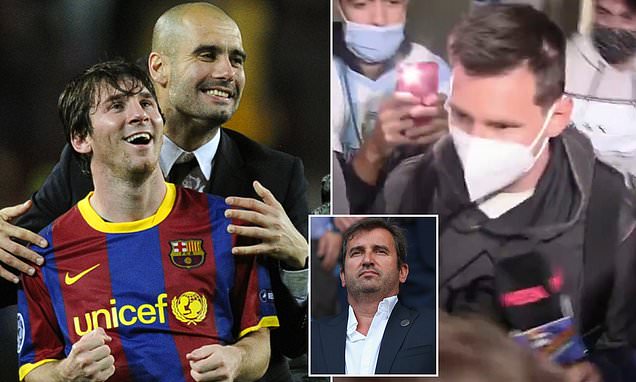 MARTIN SAMUEL - CHIEF SPORTS WRITER: The most logical motivation for Pep tying himself to City until 2023 is the guarantee of this reunion. Maybe January, more likely next summer.

Cheers for that, always enjoy reading him.
The only drawback of the Sunday Supp getting axed on Sky was no longer having the chance to hear his opinions.
H

Can always rely on Paul Wilson to put a positive spin on things.

Ric said:
Can always rely on Paul Wilson to put a positive spin on things.

I wish he would pledge to take his bias views on City and shove them into his scrote turd face until he chokes on his own bile.

We could all do without dickwads like this ‘journalist’ polluting the print media with his rancid dogma.

A57 the snake said:
With respect mate they got van interview with him regarding the two goals he scored,
It should of not of been about his mistakes he’s made .
please look at the interview again and see if it’s Fine because clearly he wasn’t comfortable.
Shreeves is awful , but his replacement didn’t shine either.
Click to expand...

It does not matter if Phil was comfortable or not really. The reporter is not there to make Phil feel comfortable. At the end of the day Phil breached lock down protocol. He was also fraternising with young ladies, parading round in his underwear, whilst his partner and young child were sat at home. As far as I am aware, this is the first time Phil had faced the media since the incident. In the grand scheme of things I thought the reporter was very easy going on him.
At the end of the day it was Phil who was in the wrong, not the reporter. I am glad Phil felt uncomfortable (if he did). It shows he is not heartless, it shows he has empathy and it shows he cares. It also shows he has bollocks, as he was prepared to front up and did not shy away from the interview. Phil will now realise there are repercussions to his actions. He is a young lad who made a mistake. We have all done it, I was very immature till my 20's. Its even worse for Phil has he is having to grow up in the full glare of the media spotlight.
The interviewer gave Phil the opportunity to address the situation without actually addressing the situation, if that makes sense? It can now be put to bed. Yes we will get dick heads like Martin Tyler and Ian Darke who constantly drone on about it as they are not clever enough to think of anything original. I do not think Patrick Davidson will highlight it again though. I think most sane people will put it to bed now. I think Phil has come out the other side of this international break with a lot of credit. Hopefully the whole experience will make him a better person and player. Yes, there will still be some mouthy bellends, but Phil needs to shut them up with his performances on the pitch.
F

Ric said:
Can always rely on Paul Wilson to put a positive spin on things.

And the Manumirror with the 'he has to win the champs league now narrative '. Make no mistake, whichever paper you choose to read they all hate City with a passion .
R

bobbyowenquiff said:
I thought Messi was coming on a free. In marketing terms he would be a huge cash cow for CFG. We can hugely increase the size of our sponsor deals. City would make a major commercial profit on Messi. If he ends up at New York City FC we will make another boatload of cash. Darren Lewis is a total moron. It's stunning how dense some of these tabloid hacks are. The only risk with Messi is possible disruption to the team but that's a risk worth taking in my view.
Click to expand...

If Lewis was a moron his standard of journalism would be far higher than it is now and if Messi ended up at the bus wreckers chasing long balls for Knashers mob it would be the signing of the century.
R

Pablo1 said:
Yeah, I think it’s safe to ignore anybody who goes onto the Daily Mail site to get their opinions..
Click to expand...