terrified of himself, sadly
M

jimharri said:
I'd be disappointed if we only got £20m for him. I'd rather hang on to him as a squad player, than let him go that cheap.
Click to expand...

Manchester1894 said:
Nothing yet, we all thought we were waiting for the CAS decision - it might be agreed in principle and signed at end of season perhaps. Peps showing trust in the lad by playing him. Cannot say fairer than that. I suppose Garcia is going to ask - if we sign 2 centre backs where does it leave him? If say Laporte, Ake, Koulibaly and him were our 4 centre backs and Stones and Ota were shipped out.
Click to expand...

yeah he's thought of very highly, bit more game time in competitive games will do wonders for him.

Hopefully we keep Tosin after his loan spell at blackburn
M

Tim of the Oak said:
I hope he has mate.
Click to expand...

Sure i read he has. Here's hoping.
H

Hart of the Matter

I am still backing him to come good. Maybe not at City but I believe there is a Rolls Royce of a player in there.
M

Groupthink is a major problem with our fan base.

One poster mentioned Stones is only liked because he wears a cagoule, and I've seen about 5 posters make the same joke, and then it becomes the narrative.

Being the best centre half with the ball at his feet in the league, playing a key part in the Quadruple winning team, being England's best defender at the World Cup. All irrelevant.

Now, the story is, he's a disaster waiting to happen, his private life is in absolute turmoil, he's not even been shaving properly, and fans only like him because he once wore a cagoule and knows the words to Wonderwall. Bonkers.
Click to expand...

Whilst I agree with some of what you said just look at some of the recent photos of him whilst on the pitch, bags under his eyes. Personally, I think he’s drinking too much which would have been fine 10 years ago but nowadays he’s got no chance.

There’s been a fair bit of media speculation about who he and his new wag enjoy spending time with. Whilst I’d like to ignore them as we all know what the papers are like, I can’t help but think there’s something in it. 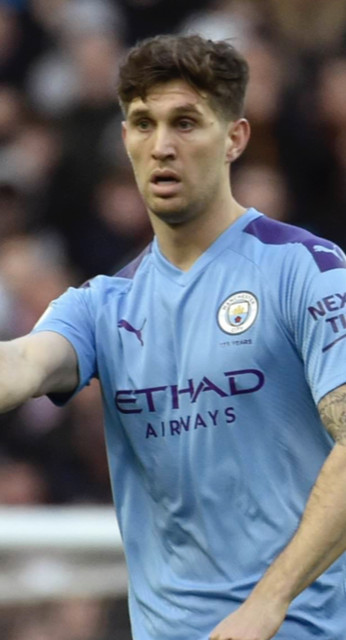 Shaelumstash said:
And he’s... BACK in the game..
Click to expand...

Shaelumstash said:
And he’s... BACK in the game..
Click to expand...