ob said:
I saw your run on Strava n thought 'eh what's this'
Click to expand...

I had nothing in the tank at mile 4.
I really need to stop getting pissed night before a race.
O

BlueHammer85 said:
I had nothing in the tank at mile 4.
I really need to stop getting pissed night before a race.
Click to expand...

I thought he's forgotten about the fastest mile at end
B

ob said:
I thought he's forgotten about the fastest mile at end
Click to expand...

lol. I definitely remembered and felt ASHAMED of myself !
F

Glenn Ponder said:
The price has always put me off when I've looked at the Salomon vests but then the reviews are great. I guess you get what you pay for. I've tried on cheaper ones in Decathlon but they felt a bit uncomfortable.

I've got a small inov-8 soft bottle that I run with but I need a bit more liquid now it's getting hotter. Been looking at the Salomon sensibelts but I'm unsure.
Click to expand...

Yes, I know what you mean. The Salomon vest is 60 quid, which is not far off another pair of decent running trainers.

I have found the Decathlon belt pretty decent, but its only really much use with small water bottles, so not much use on longer runs, at this time of year. I might bite the bullet though as with the Marathon in October, hopefully will be doing some decent runs, in decent weather.

What I did notice with the Salomon its a different type of clipping system at the front, much better than the standards clips which have a tendency to dig in. Also the pockets are very deep, so although no zips, you dont worry a phone might fall out.
Last edited: 5 Jun 2021
T

Too warm for me today for running as I opted for a hilly cycle ride instead with 2000 feet of climbing. Perfect weather for it and thoroughly enjoyable.

Credit to those running the 10K race. It will be interesting to see if the heat affected the times compared to last time.
P 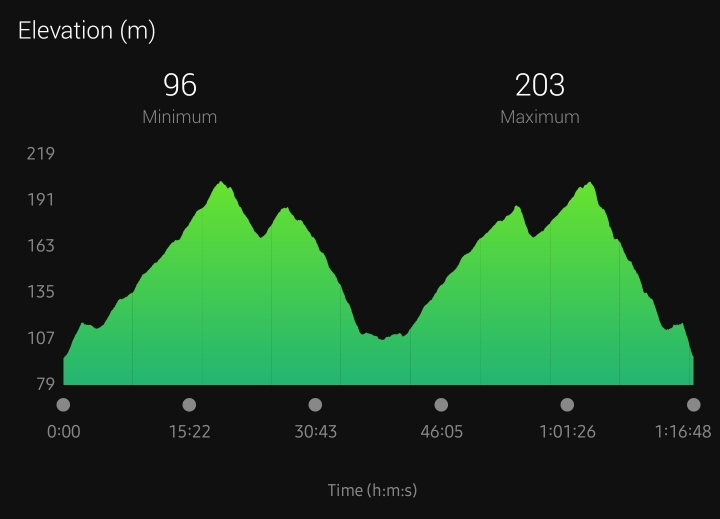 Just completed the 10k after running a 10k earlier in the day but completely forgetting about the Blue Moon event. Thanks @BlueHammer85 for organising.

I better that was a stunning run up there, very envious.
T

franksinatra said:
Just completed the 10k after running a 10k earlier in the day but completely forgetting about the Blue Moon event. Thanks @BlueHammer85 for organising.
Click to expand...

Good time that Frank especially in the circumstances.

I had great views of Lancs hills today on the bike but not like Hebrides I think.