Location
Front of the kippax chomping on a wagon wheel

They probably have an outside bar at the Lowry get a few bottles of red in whilst watching the Irwell drift by.
M

Get the breathalyser ready.
K

Location
Bitten by a radioactive moderator

I'm sure the United fans will see the funny side of Ferguson doing more to support PSG then their own fanbase..
H

Location
In complete despair at 93:19

cheekybids said:
ive wondered if there is a front end of a panto zebra lost somewhere in Stretford
Click to expand...

The head was placed in Joel Glazers bed - fekkin hard these rags!
B 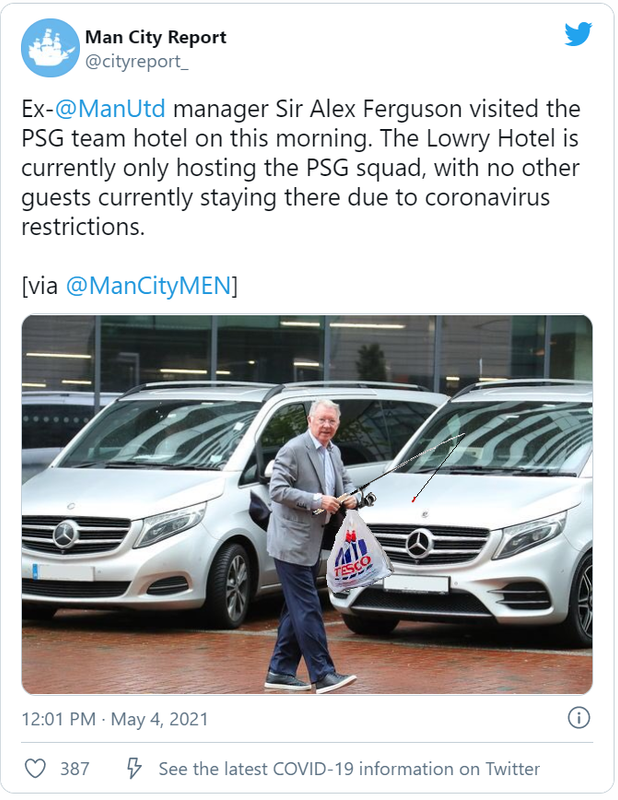 Don't know if this has been posted already but fuck me the Glazers have fucked the red mardarses up big-time.
Click to expand...

I think that MUFC and Tampa Bay Bucs are propping up the Glazers and are just cash cows to them. United are incredibly badly run given their huge revenues. There has been no long-term strategy.
It is very difficult to check the Glazers' financial situation because their finances are based in the Cayman Islands but it seems clear that their shopping mall/property business was virtually non-existent even before Covid. They must be sitting on overall staggering debts, much larger than United's £500m.
Contrary to what some experts have been saying I suspect they are keen to sell MUFC. They have reached the point of no return and can't survive on the dividends they are taking out. The club needs huge infrastructure investment and the Glazers don't have the money to do it. I think the ESL move was just an attempt to increase the value of their asset which explains why they had no detailed business plan in place. It was just a stunt (at least as far as the Glazers are concerned), possibly for FSG as well.
You must log in or register to reply here.
Unread Posts
Share:
Facebook Twitter Reddit WhatsApp Email Share Link