There certainly WAS a big jump last week nationwide from Tuesday to Wednesday 11, 299 cases to 18, 213. That was caused by a big cases 'misplacement' and it is possible the same has happened here too as I have mentioned in several of my previous posts this afternoon.

But it is not a pattern every week. The week before cases fell.

The jumps in cases usually have far more to do with the variation in number of tests the data come from. They have been up and down for some weeks but not consistently. Just huge rises and falls.

I noted the cases reported v testing in a post an hour or so ago over past 3 days to today to highlight this issue. And why I am wary of the low number today but it is not as simple as it being Monday so cases are low.

That IS true for deaths because of the lack of weekend registration. But it has less impact on case numbers which are recorded the same way every day. Though sometimes testing drops at weekends, of course.
H

Hospital numbers in England have gone up today by the way after several days of falling numbers.

This is not unusual on a Monday. But a trend we need to watch.

The regions in hospital are less good news for the North West today. But not going to panic as it is always higher on Mondays as patients come in and often then get released quickly and so might yet fall.


The way things go here over the next few days will be very important to watch.
B

Healdplace said:
The motto was supposed to be 'we are all in this together' - not 'the places someone picks out on a map are but the rest of you are not'. In a pandemic you ought to prioritise national unity not disunity.

They really should have created a war cabinet from day one and decided these things on the basis that viruses will never know they have crossed a border - be it from GM to Cheshire or England to Scotland or Wales.

Very possibly N Ireland and Ireland should have done the same on that island too.

I suspect the rest of the world think prioritising political disunity over a plan for these small islands as one was a very silly error.
Click to expand...

If somewhere doesn't have the case numbers then it shouldn't be in tier 3 or even in tier 2 if cases are low.
If we go for a national tier 3 then the economy is stuffed. So many businesses are on the edge of extinction.
H

I know that, but as I said this is not a decision I have to make. All I can say is what I see as the best way to keep cases low until the vaccines arrive to save us. Hopefully.

But as I said earlier lives v livelihoods are an impossible choice and glad I don't have to make it as it is a no win scenario whatever you do.
G

I'll be honest, I find this kind of disturbing. I will be taking any vaccines, but there are tonnes of issues with this kind of rhetoric. Not a fan of this step towards health passports. Not even far off what happens in China and the social credit stuff... 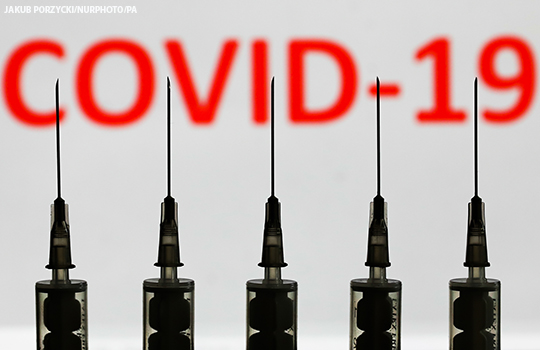 Will covid-19 vaccines save lives? Current trials aren’t designed to tell us

The world has bet the farm on vaccines as the solution to the pandemic, but the trials are not focused on answering the questions many might assume they are. Peter Doshi reports As phase III trials of covid-19 vaccines reach their target enrolments, officials have been trying to project calm...

twosips said:
I'll be honest, I find this kind of disturbing. I will be taking any vaccines, but there are tonnes of issues with this kind of rhetoric. Not a fan of this step towards health passports. Not even far off what happens in China and the social credit stuff...

I don't know why you have a problem with it.

No one is going to force you to have a vaccine, but that doesn't mean you're free from any and all consequences of that.

Just like I don't have to have a yellow fever vaccine, but if I don't get one, I can't go to half of Africa or South America.


I would be absolutely amazed if being vaccinated is not immediately a requirement to travel to any country.